If you are a "Lover of Wisdom," you may be a Philosopher 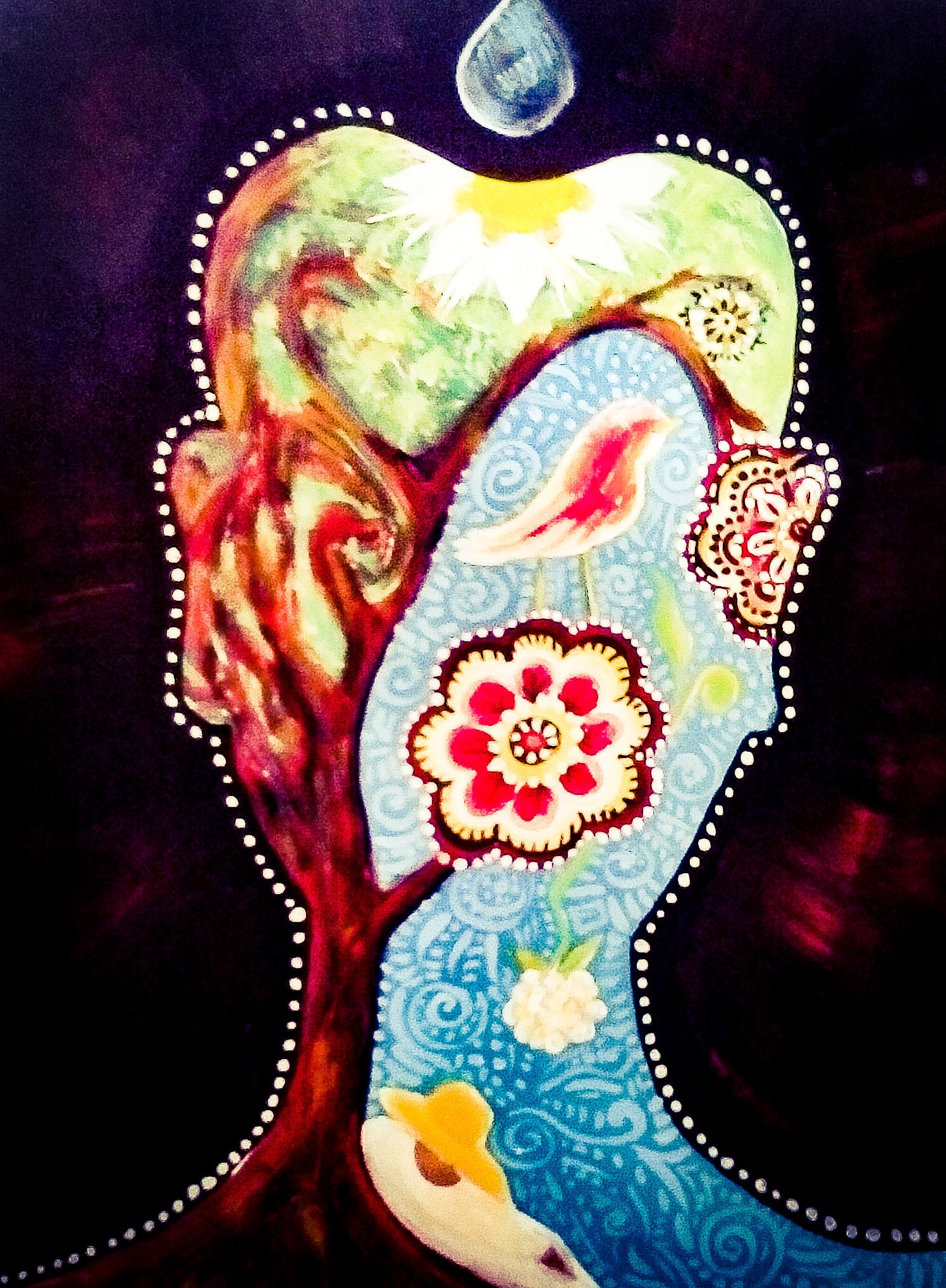 If you have ever pondered the meaning of life, death, love, the self, humanity, god, the planet, the universe or existence in general, you have tasted philosophy.

Redundant for some, head spinning for others, I am inclined mention a brief overview of general philosophy. If you feel disposed to pick it apart, I trust that it is in the spirit of being philosophically minded, as I do not pretend to be well read, which speaks to the topic of how philosophical human phenomenon, may be interpreted in individuals and by individuals who are not classically considered philosophers.

In a nutshell, “philosopher” is a term thought to be derived from “philosophos,” meaning "lover of wisdom" in Ancient Greek, attributed to the Greek thinker Pythagoras, in the 6th century BC, which may refer to someone who practices philosophy, which is considered to be rational or intellectual inquiry, not limited by systemic standards of science or religion, in areas of complex reasoning, simplified as logic (addressing reasoning and formulating points of view for discussion,) epistemology (studying questions of knowledge,) metaphysics (studying reality and connections of mind and body,) ethics (studying morals and perspectives on the best way to live,) aesthetics (dealing with beauty, enjoyment, perception and sentiment,) social theory (formulating and studying paradigms used to analyze social phenomena,) and political philosophy (studying interpersonal relationships, communities and government.) Basic philosophical schools of thought to which a philosopher may lean may be condensed and compartmentalized as idealism, (systems of thought in which the objects of knowledge are held to be in some way dependent on the activity of mind.) realism (the view that this object exists in reality independently of our conceptual scheme,) pragmatism (an approach that assesses the truth of meaning of theories or beliefs in terms of the success of their practical application,) existentialism (a theoretical approach that emphasizes the existence of the individual person as a free and responsible agent determining their own development through acts of the will) and existential nihilism or pessimism (the philosophical theory that life has no intrinsic meaning or value and humanity is virtually insignificant to the totality of existence.) Philosophers often gravitate to the humanities (academic subfactions of philosophy specializing in studies of human society and culture such as the arts, history, economics, sociology, psychology, linguistics, anthropology, theology and politics.) From Eastern Ancient Chinese philosophers of Confucianism and Taoism and Vedic Indian philosophy leading to Buddhism, the Sutras and Zen Buddhism, to the Ancient Greeks, and philosophers around the world, up to the modern day, there are endless reputable philosophers and subsets of philosophical schools of thought to which a lifetime of interpretation could be spent on each in itself and infinite lifetimes on their philosophical correlation.

Some may zealously argue that a philosopher is one adept at memorizing the positions of historically recognized philosophers and arguing the mechanics of their ideas with other would be intellectuals, others may consider the nature of the philosopher more akin to the inclination to observe life, contemplate existence and be willing to indulge in the luxury of questioning one’s own perception, then revisit it again and again, exponentially applying additional interior and exterior observations and contemplations, whether for internal digestion or external interaction. Others may argue that what legitimizes one a philosopher is any combination of these lines of thinking or something else all together. Nevertheless, contemplation and debate on whether or not one must be a scholar to be a philosopher, may be technically philosophical in nature.

I tend to associate philosophy with an appreciation for knowledge and the quest for truth and understanding of how to cultivate a harmonious humanity, personally, gravitating toward an eco inspired life, with a twist of art as a vent to allow free form to synthesizing hyper analytical thought apparitions, which I attribute not to merely to a bi product of the human experience or an overactive imagination, but to a providential connection with the sum of all mysteries of the existence, culminating in the rut or groove, imagination or critical thinking, and the providential or coincidental culmination of any given perceived or absolute space and time.

I am mesmerized by how the humanities stand to mobilize receptivity to a passion for learning tempered by tapping into the empirical wisdom of instinct, and critical thinking skills grounded in symbiotic applications of knowledge in balanced perspective of life fundamentals and a correspondent lifestyle. Disheartened by how as in science and religion, philosophy (particularly the subset of psychology drown in marketing,) may be abominated by leaders of the humanities, in mobilizing receptivity to imposed perceptions of acceptable belief and conduct, I often wonder how or why humans apply the liberty of elevated or abstract thinking to subjugate themselves and the world around them. Such philosophical thinking may not qualify one as a philosopher, any more than the production of creative outbursts sanctify one an artist. But it does depict the human as a philosophically minded animal.

There is much speculation on how the philosophical mind may make the evolution of the human species distinct from that of other animals. Cerebral impulse is the pervasive qualifier of life in humans and other animals, other than parasites, which like humans have a greater propensity to survive and adapt, (not to submit that philosophical mindedness is parasitic.) From anthills, and beehives to entrancing spider webs, through the works of the smallest animals, we observe intricate manifestations of instinct and cerebral impulse lockstep with creative engineering and design. Yet, the busy bee and worker ant are almost the opposite of what comes to mind when we think of qualifying the embodiment of the philosopher.

In keeping with one school of thought that we perceive the world as we are, as an “Artist” type, I am acutely aware of how the crafting of ideas feels more like an art than merely an elaborately designed craft, which brings us back to the difference between fine art and craft, as it relates to the differentiating the philosophical mind from brain mechanics. While, the arts may be categorized as a subset of philosophy, the very crafting of ideas which not may only qualify philosophical thinking but legitimize one as a philosopher, fit to analyze such thinking, may be considered an art. 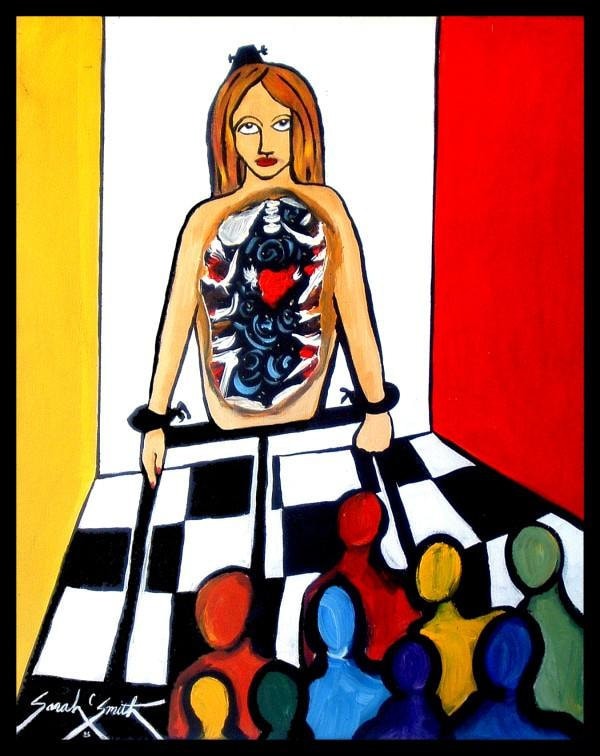 This winds back into the weave of contemplation on schools of thought that may submit that without the philosopher the arts may be observed as craft. Then, in this context we must consider if this would remain the case if the artist was the philosopher not the pontificator, and furthermore, if a philosophical concept could exist in a work of craft if neither the creator nor the audience were philosophically minded, and for that matter if art would even exist as a distinction between forms of creation, or if all creation is art and all whom are mindful are philosophers. 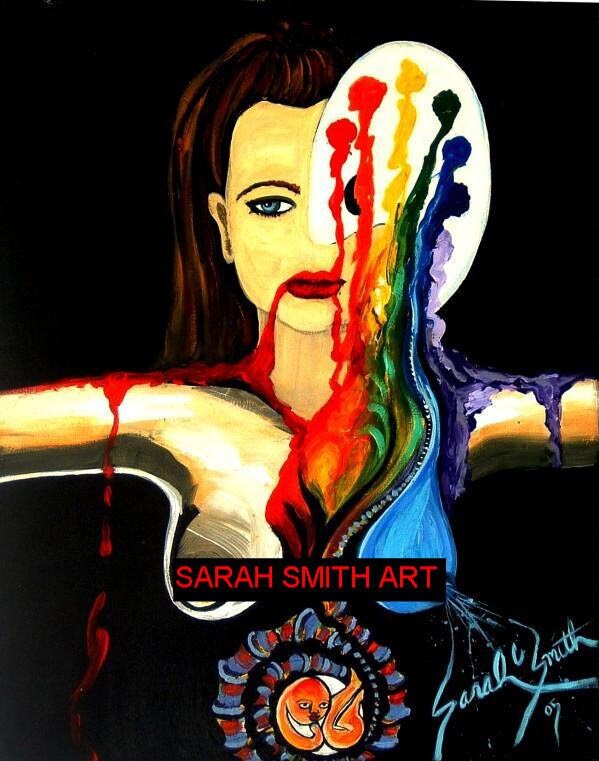 Whether or not philosophy elevates us from animalistic thinking or if it shields us from the brilliant madness of communing with the all as the angelic star we may be beneath the flesh, however we define ourselves or however we are qualified by others, it is intriguingly and uniquely human to embrace the catalytic spark of concerning the self and engaging others with inspired contemplations of life, love and consciousness.

If any of this resonates  with you, affirmatively or objectionably, your philosophical mind may allow you to appreciate the simple value of trying to live happily, respectfully and well, for goodness sake.

What is your inclination?

Previous Post Art, art, everywhere art! So, how do we identify real art?
Next Post Stewards of the Earth
0 items in your cart